Professor
Prof. Izquierdo Lamoca, Luis MD, PhD, FEBVS. MD, Complutense University of Madrid PhD, San Pablo CEU University of Madrid. Master in Aesthetic and Anti-Aging Medicine, Complutense University of Madrid. Residency and Fellowship in Angiology and Vascular Surgery at the University Hospital of Bellvitge Barcelona, 1996. FELLOW of the EUROPEAN BOARD OF VASCULAR SURGERY, 1999. I completed my training at the Bowman Gray Medical Center Vascular Surgery Service, Wake Forest University, Winston Salem, NC, USA. "Cardiva-Vascutek" National Award 1996 and 2010. Professor of Surgery, San Pablo CEU University School of Medicine. MADRID Member of the Editorial Board of the Global Journal of Angiology. Member of the Spanish Society of Angiology and Vascular Surgery-SEACV, European Society of Vascular Surgery-ESVS Reviewer of the European Journal of Vascular and Endovascular Surgery, Angiología and Annals of Vascular Surgery. Member of the PI Strategic Advisory Board of Boston Scientific Corporation Interested in all fields of vascular surgery, endovascular treatment of aortic pathology, popliteal aneurysms, carotid surgery and distal revascularizations.   I’m pioneer in Spain in the endovascular treatment of occlusive and compressive venous pathologies. I’m proctor in embolization for Terumo Europe and Proctor in venous pathology for Boston Scientific, Bard and Cook medical. Former member of the Spain Alpine National Ski Team, I continue racing as Master and training with my children. "Per ardua ad astra" 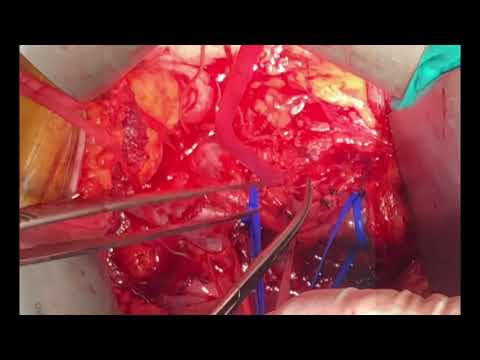 »No PHILIPS IVUS? How did you size the vessel for correct stent size and length?«
Recorded video case 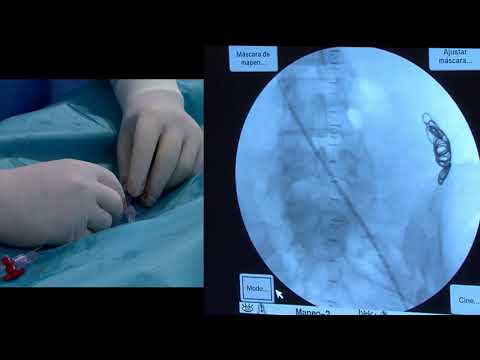 This case presents important intraoperative steps of the endovascular treatment of non-thrombotic iliac vein lesion (May Thurner) as well as the key features of the VICI stent (Boston Scientific).

»Thank you for this excellent step by step case presentation. What is your follow up regime in this case and what anticoagulation- for how long do you recommend? Thank you.«
Recorded video case

This video resumes the steps of performing a recanalization and stenting of a post-thrombotic iliofemoral vein oclussion including phlebographic and IVUS assessment.

45 years old female patient presenting with painful swelling of the right limb during the last 24 hours. Wells score on admission was 4 points. The duplex ultrasound scanning revealed a femoropopliteal and iliac deep vein thrombosis. No other risk factors were present. No previous operations. No thrombophilia documented.

Shape your learning experience on Vascupedia

Dear colleagues, our mission is to help physicians worldwide to bring their interventions to perfection. Our hope is to indirectly contribute to safety and well-being of patients with vascular diseases.

Over a year ago, we started Vascupedia as a unique online project that we believe fulfills the need for free education in the challenging field of Vascular Medicine. Now it’s time to ask you to help us to become better for you! Are we offering the right information in the right way at the right level? Is there anything missing to support you in your quest to grow your knowledge to treat your patients in the best possible way? Please complete this short survey to make sure we will work on improving the platform to serve YOUR educational needs!

A 79-year-old diabetic male patient with no history of coronary disease is referred to you to undergo angioplasty for tissue loss on the tips of the hallux and second toe. He is taking Aspirin 75mg. From preoperative imaging he needs a 20cm SFA occlusion stopping before the adductor hiatus recanalizing as well as multilevel tibial disease which appears to be a combination of short occlusions and stenoses. The dorsal pedal is seen in the foot and is in continuity with the arch. The PT artery appears occluded through it’s whole length.