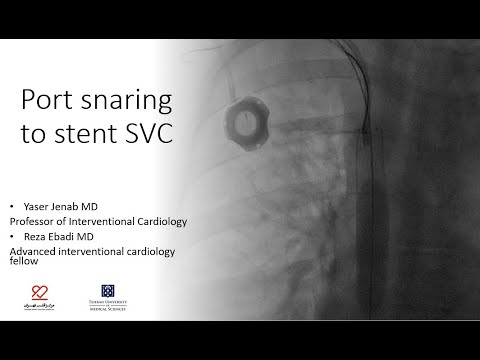 A 43-year-old woman who had colon cancer presented because of a progressive swelling of her face and neck and arms, cyanosis and edema of both hands, and shortness of breath at rest for the last 5 days. She had been receiving subsequent adjuvant chemotherapy, which was administered through a porta-cath placed thorough right subclavian vein in superior vena cava (SVC).  Initial diagnostic workup contained a computed tomography scan and DUS, which showed thrombosis of the SVC reaching from the caval confluence of the azygos vein to both brachiocephalic. Vascular compression by a tumor or lymphadenopathy and pulmonary embolism were ruled out.

We performed venography over the right basilic vein and confirmed the diagnosis of an occlusion of the SVC. We placed a multiple-side hole lysis catheter for local thrombolysis for 24 hours. Second-look phlebography on the next day further showed a high-grade residual stenosis of the SVC, which was associated with the tip position of the port-a-cath that had been placed through the right subclavian vein. To ensure unrestrained venous inflow and to prevent secondary SVC syndrome, we decided to perform percutaneous transluminal angioplasty and stenting of the lesion. However, to prevent jailing of the port-a-cath tube by stent placement to keep it functional in case of future chemotherapy and to avoid surgical removal and the need for reimplantation with subsequent risk of thrombosis progression during perioperative pausing of anticoagulation, endovascular repositioning of the port-a-cath tube before percutaneous transluminal angioplasty and stenting was considered in a first approach. Over an 10F sheath access in the right femoral vein the stenosis was passed using a 0.035-inch guidewire for ballooning and stenting of SVC. Afterward, a goose neck snare was inserted over a delivery catheter from right arm venous access and the tip of the port-a-cath was captured in the SVC and pulled back into the right brachiocephalic vein. Then, balloon angioplasty, stent implantation (sinus-XL, 18/60 mm), and post dilation were performed over a 10F sheath access in the right common femoral vein. After successful stent implantation, the snared catheter in right brachiocephalic vein was released and was placed within the SVC stent. Venography at the end of the examination showed an unrestricted venous inflow. 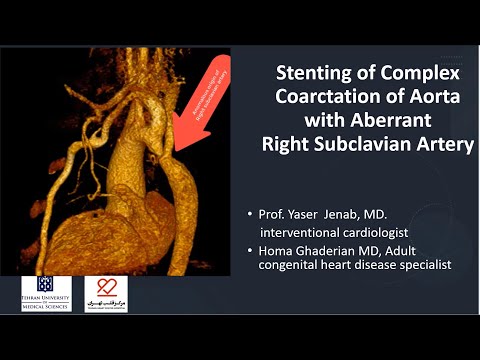 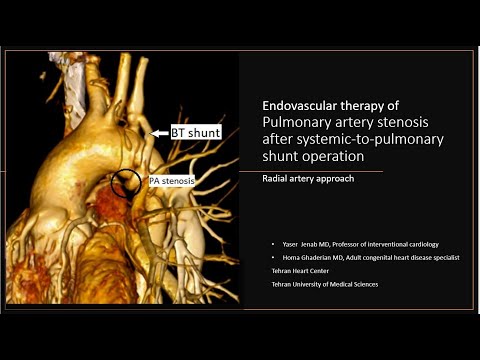 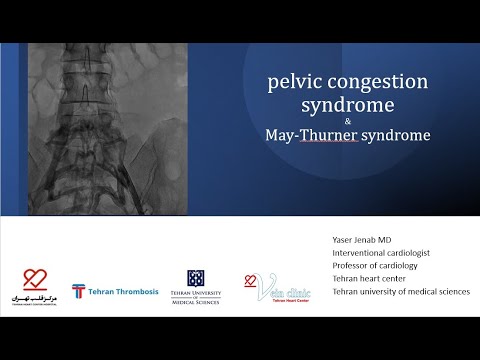 May-Thurner syndrome (MTS) refers to compression of the left common iliac vein (CIV) by the common iliac artery. Although this is typically manifested as acute left lower extremity deep venous thrombosis, MTS is a rare cause of pelvic congestion syndrome. A 41-year-old girl presented with a 2-year history of worsening lower pelvic pains exacerbated during standing. Venography demonstrated pelvic collateralization and left CIV occlusion consistent with MTS. The left CIV was stented with complete radiographic resolution. 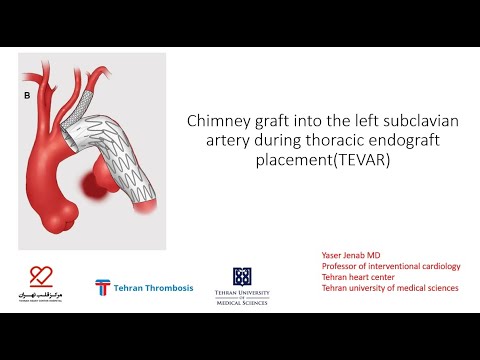 An 88-year-old man with History of open abdominal surgery due to intestinal obstruction with large residual incisional hernia, was referred due to back and flank pain with the diagnosis of Crawford Type 1 TAAA starting at the LSA and extending to the renal arteries

As the LSA bypass was not feasible due to patient’s frailty and old age, we conducted single Chimney TEVAR using a V12 inserted from the Left brachial in subclavian artery, followed by TEVAR from the LCA to the celiac trunk. Due to a severe bend in the descending aorta, procedure was more complicated which was managed by an extra stent graft. The femoral access was managed by Perclose Proglide technique. 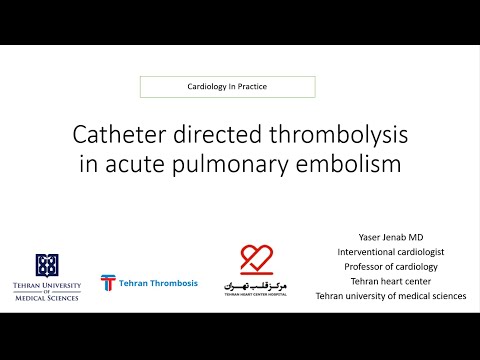 In this video you can watch how to do catheter directed thrombolysis in patients with acute pulmonary embolism who needs thrombolysis. 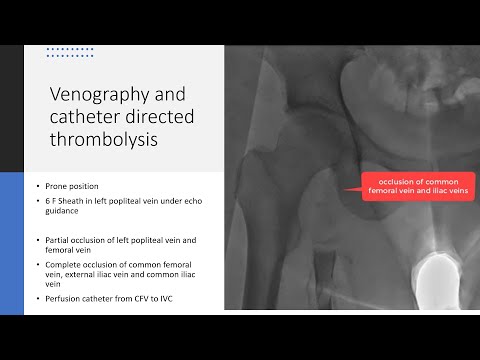 In an 86-year-old man with history of endovascular abdominal aortic aneurysm repair (EVAR) about 2 years ago and aneurysmal sac expansion of 2 cm, trans-arterial approach was used to close the endoleak. For embolizing a lumbar artery, the microcatheter was advanced from the internal iliac artery to the iliolumbar artery to the culprit lumbar artery and nidus. Coils and Onyx were applied.